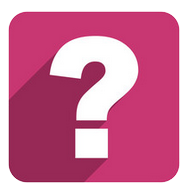 Dr. Ferguson served as a Combat Medical Specialist in the United States Army and has also provided hospital based care for countless patients at Brooke Army Medical Center in San Antonio. He earned his Bachelor of Science degree in Microbiology and Cell Science at the University of Florida in Gainesville. Following undergraduate studies, he also attended dental school at the University of Florida College of Dentistry, where he was awarded the degree of Doctor of Dental Medicine. Pursuing his interests in Implant Dentistry and Periodontal Plastic Surgery, he began a three-year residency program in Periodontics at Louisiana State University School of Dentistry in New Orleans. Subsequent to the tragedy of Hurricane Katrina, Dr. Ferguson promptly returned to Texas where he completed training at the University of Texas School of Dentistry. Upon completion, he was awarded a certificate in Periodontics and, for his clinical and histological research conducted with the surgical correction of gingival recession defects using an acellular dermal matrix (ADM) with and without platelet rich plasma (PRP), Dr. Ferguson was also awarded a Masters of Science in Dentistry. Having made significant achievements beyond the mandatory educational requirements of the specialty of Periodontics, Dr. Ferguson is also a Diplomate of the American Board of Periodontology.

After graduate school and immediately preceding opening Periodontics and Implant Dentistry of The Woodlands, Dr. Ferguson served as the only board certified Periodontist in an Oral and Maxillofacial Surgical group in North Houston, where he offered such services as periodontal laser surgery (LANAP), bone and gum grafting procedures, removal of teeth and the placement of dental implants, as well as intravenous conscious sedation. He remains committed to his professional pursuits in patient care and embraces an equal commitment to patient education that is required in successful periodontal therapy. He holds a special interest in implant dentistry and esthetic soft tissue procedures and maintains the highest level of accreditation and pursues ongoing education to stay abreast of the latest trends in Periodontics and implant dentistry.

Hear From Our Team

Click on Any E-Book to Get Your Free Copy